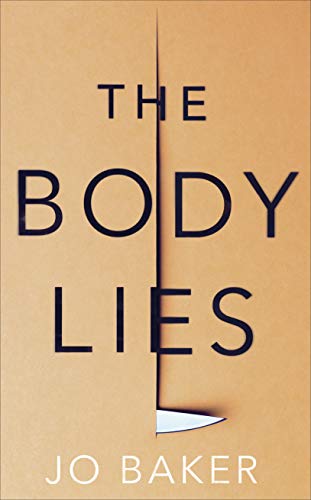 In this slow-building psychological thriller, a young creative writing lecturer discovers to her cost that she has become the obsessive focus of her most talented student Nicholas Palmer’s work, with the risk that he may move from “merely” recording his close observation of her, intrusive as that is, to actively manipulating her to fit his story, in his belief that, to be authentic, writing must be based on real experience.

It is also a study of how, even in these days of increased equality, men continue to dominate and exploit women in a number of ways, often without being aware of it. It was not until after I finished the book that I realised the writer who narrates this novel is never named, perhaps with the aim of making her a kind of microcosm of women’s lives in general.

At the outset, pregnant and walking home from work in London one dark evening, this young woman is mugged by a stranger, and makes her injuries worse by trying to resist. Three years later, she is still sufficiently traumatised to seize the opportunity to escape in the form of a lecturing post in a northern university, offered on the strength of her success in publishing a novel.

It is perhaps implausible that she should choose to rent an isolated country cottage a bus ride from the campus, or that she should so readily leave her husband behind to continue with his school post until the end of the year, expecting him to make regular week-end commutes to visit her. Of course, these factors are necessary to the plot.

With what some readers have described as irritating passivity, she takes on a mountainous workload, not appearing to have learnt the knack of “saying no”. The boss responsible for this is supposed to be her mentor, doubly ironical in view of the fact he seems perpetually on the brink of sexually harassing her.

I am not sure to what extent Jo Baker is trying to be facetious, but she neatly debunks some recent attempts to ensure equality and respect in academic life. The disruptive student Nicholas objects to the failure to issue a “trigger warning” before a fellow-student’s description of a crime scene. Yet his own writing is far darker and more sinister, bearing in mind that he claims only to write “what happened…the truth”. Also, isn’t it a contradiction in terms to apply censorship to a creative writing course?

Since finishing this I made a start on “A Country Road, a Tree” and realised that Jo Baker is a writer who seeks to avoid any kind of “typecasting”, but rather to create a different style and theme in each work. Comparisons between her books are therefore hard, but “The Body Lies” suggests she has developed in marshalling her material and honing her style. There may be the odd inconsistency in the sequence of events, the skilfully constructed sense of menace may peter out into the damp squib of a somewhat trite ending, and there may not be any very profound fresh insights into the female condition, but she has produced a well-written and neatly plotted page-turner, via a wry parody of the current state of academic life.