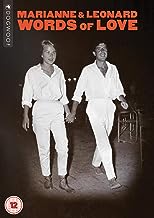 In the 1960s, Leonard Cohen joined the colony of aspiring writers on the exquisite Greek island of Hydra, with the lures of casual sex, cheap alcohol and easy access to drugs. He soon began to receive practical and emotional support from Marianne Ihlen, the beautiful young Norwegian who was for several years his lover and “muse”. Apart from not seeming in awe of him, she was a good listener with a gift for drawing out the talent in others. Abandoned by her husband and the mother of an appealing child, “Little Alex”, Marianne was open to ideas of “free love”, but as Leonard developed his megastar status as a singer/songwriter, she could not cope with hectic lifestyle involving long visits to the States, and having to share him with the hoards of fans who also wanted a piece of him.

Beneath the shield of charisma and charm, Leonard actually behaved appallingly at times, drifting off on assignations with women as the fancy took him, putting her under pressure to have abortions since he did not want to have children, or at least those who were not Jewish, when it came to the crunch. There is some remarkable film footage of his lifestyle: the scene where he invites the audience onto the stage in a kind of mass group love in, until the space is filled with a heaving pile of people, or when, clearly very high on drugs, he shaves himself with a flourish since he has convinced himself that this alone will enable him to revive a flagging performance.

I have read critical reviews to the effect that the film is too much about Leonard rather than Marianne, of whose early life we are told nothing. In fact a good deal is also omitted over, for instance, Leonard’s second major relationship with Suzanne, who it seems appeared, Cohen’s child on her hip, on Marianne’s doorstep in Hydra, demanding that she quit the property. This was the final trigger needed to send her back to a conventional life in Norway. Yet what had clearly been a deep and genuine relationship endured to the extent that, on her death bed years later, she received a prompt and moving note from Leonard. I remain uncertain to what extent inclusion of the film of this event is intrusive.

What makes this documentary particularly powerful is the plentiful footage of life on Hydra in the 60s, as recorded by the talented DA Pennebaker and stored unviewed in his attic for decades. For those who remember the 60s, and the hippy flower power at odds with what was still a very conservative Britain, it is very evocative. The magnetic appeal and unspoilt beauty of the Greek islands were enjoyed at the price of an eternal sense of nostalgia, making life anywhere else seem faded and dull for ever after.

There is a thorny debate to had as to whether the creativity gained from the use of mood-altering narcotics is worth the cost of their destructive effects. Must those with great talents like Leonard Cohen be inevitably self-absorbed, driven and selfish in order to attain their full potential? What are the costs for the children of those who practise a life without boundaries? One of the most poignant aspects of the documentary was to learn that Marianne’s son, Little Alex, so full of innocent joy and curiosity in the film footage, has, despite her evident love for him, spent most of his adult life in a Norwegian mental institution.