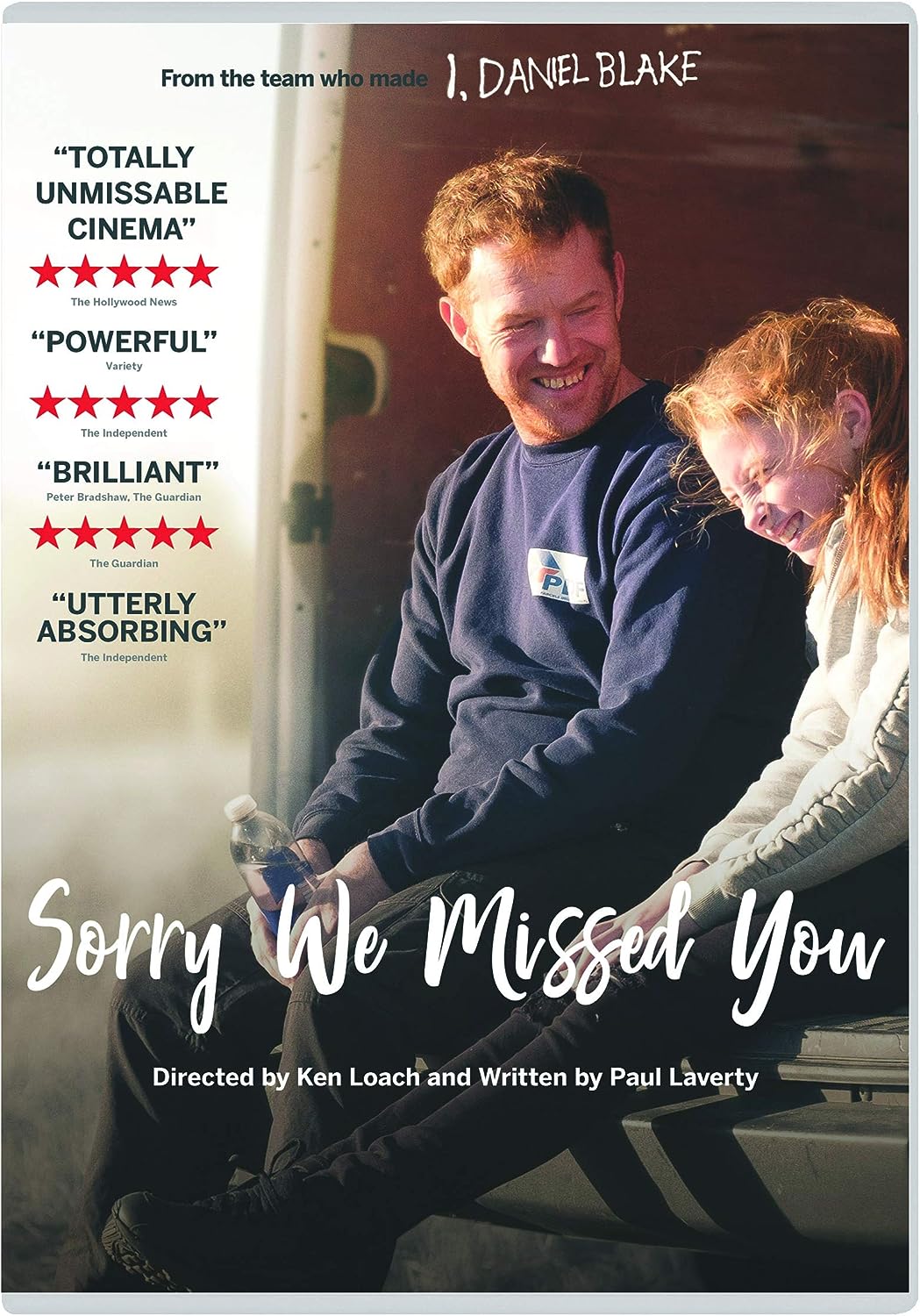 Having exposed the injustice of the benefits system in “I, Daniel Blake”, Ken Loach has turned his forensic lens on the iniquities of the gig economy.

Newcastle-based Ricky Turner is lured into working for a delivery company by the prospect of being “self-employed”. He imagines this will give him more control over his working day, the chance of higher earnings and saving for a mortgage after years of grafting  in dead ends jobs since his plans to buy a house were dashed by the collapse of Northern Rock. In fact, he soon finds himself forced to work at a punishing pace, with a computerised “spy in the cab” to monitor his work rate. With no holiday or sick pay on his six-day week, he is expected to organise a replacement driver if he needs time off.

His overworked wife Abbie is a patient and dedicated carer, working long shifts but not paid for her time travelling between “clients”. Her job is made even harder by having to travel everywhere by bus, after Ricky’s insistence on selling her car to finance the purchase of a van, in theory a cheaper option than hiring it from the delivery company at a daily rate. The couple’s two children are left too much to their own devices: eleven-year-old Lisa is mature beyond her  years, but clearly unhappy,  while artistic- graffiti spraying older brother Seb is rapidly running off the rails, risking both expulsion from school and a young offender’s sentence in his outburst of teenage rebellion. All the main characters are well-developed and portrayed very convincingly by impressive actors, several of whom have little or no prior experience, as in the case of the mother and the two children.

The inexorable chain of problems building up to the inevitable crisis succeeds in arousing a feeling of  tension over each successive setback, anger at the manipulative and ruthless boss of the delivery company manager, and the urge to somehow  get through the screen to convince Ricky to cut his losses and return to his old way of life before matters deteriorate too far. At times, the accumulation of difficulties seems exaggerated, although the film is based on the experiences of real gig workers.  The unbearable sadness over the stress on a basically loving family is lightened by moments of humour and empathy.

Unfortunately, those who most need to see this film and reflect upon it are unlikely to do so.