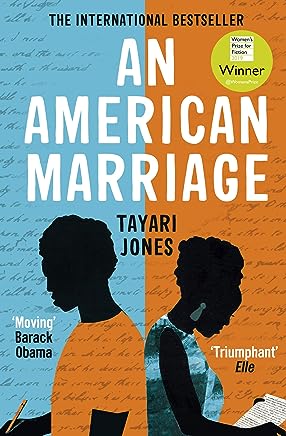 Review of “An American Marriage by Tayari Jones.

A bright working-class boy from a small town in Louisiana, Roy has managed to escape the usual snares for black teenage youths: drugs and jail sentences. Pragmatic about accepting “leg-up programs” he is a graduate set on a promising career as a salesman and entrepreneur. Clever and beautiful, but also indulged, perhaps a bit neurotic and self-centred, Celestial comes from a more middle class background. Although the son of a sharecropper, her chemist father has managed to make himself a millionaire through the invention of a popular soft drink. Despite being unusually close since childhood to doggedly devoted “boy next door” André, Celestial is strongly attracted to his college friend Roy. Clearly in love, the two may have got married “too young”, particularly in the case of Celestial who is much less keen than him to “start a family”, being mainly driven to make her mark as an artist. A foolish tiff sets in train a series of fateful events ending in Roy receiving a long prison sentence for a crime that Celestial knows he did not commit. How will this disaster affect their marriage?

I was disappointed by and critical of the author’s glossing over the dramatic potential of the period between the arrest and the sentencing, but concluded that it was her intention to focus on the relationships between the “triangle” of Roy, Celestial and André, and the parents’ reactions in the aftermath of the tragedy.

The story is told from three different viewpoints: Roy, Celeste and to a lesser extent André, which often portray the same situation from opposing angles. Whilst agreeing with readers who found the style of the letters exchanged when Roy is in jail somewhat unrealistic and too contrived, overall the novel is very readable and compelling.

Roy aroused the most sympathy in me: a basically decent man who suffers unjust blows from various quarters. He may be an unreliable witness in playing down the philandering during his short marriage, but he has essential integrity and an endearing sense of dry humour which expresses itself even in his darkest periods. Although I was untroubled, as other reviewers have been, by not much liking Celestial and André, towards the end I found myself not caring enough about the outcome of their drama: whatever happened, Roy had the resilience to survive, André was accustomed to disappointment, and Celestial seemed emotionally immature and too self-absorbed to worry for long about hurting someone else. Although somewhat ludicrous, the dramatic climax of this book is very effective in dissecting people’s behaviour and emotions under pressure. I was satisfied that the author reached a conclusion which I had broadly predicted, suggesting that I had understood what she wanted to convey, although others may interpret it differently.

Tayari Jones clearly wishes to explore the theme of racial inequality in America, but this is also a very perceptive, moving and often wryly funny study of marital relationships, and a commentary on American society from a black perspective, which is enlightening for a white British reader. I could not understand all the American idioms and cultural references, but this did not matter unduly.

I cannot decide to what extent this winner of the “Women’s Prize for Fiction” will appeal to male readers. For me, it is occasionally overly sentimental, but this is countered by unflinching descriptions of raw, bleaker events when needed.