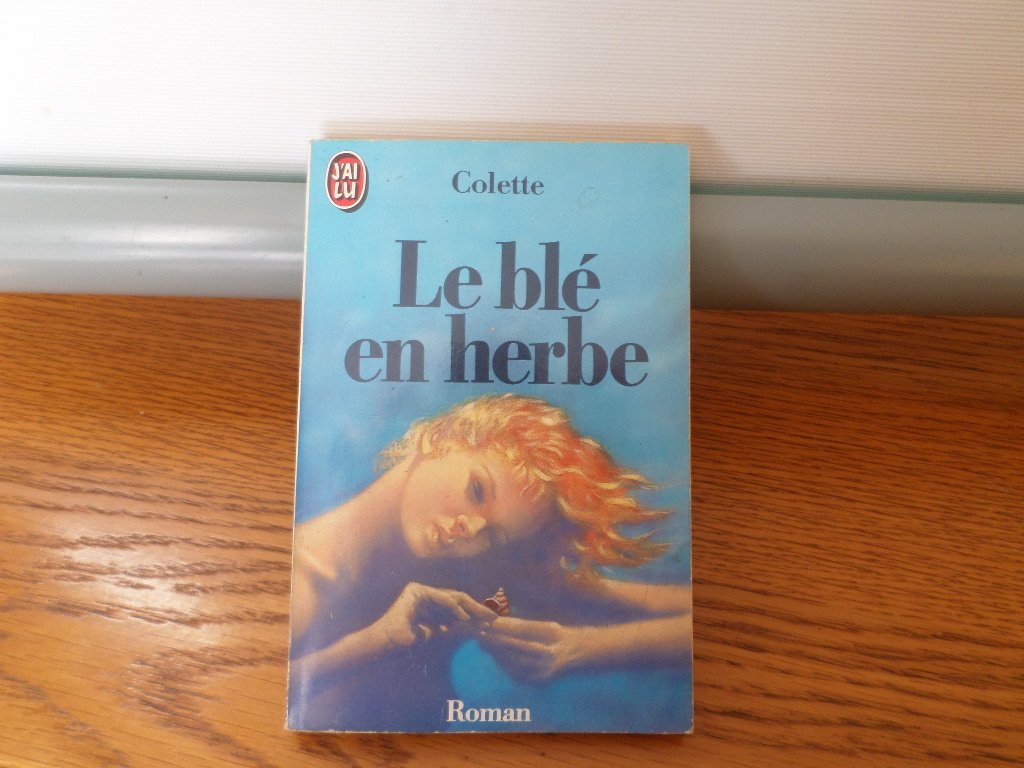 Almost a century after this was written, it seems like the charming, bitter-sweet tale of Phil and Vinca, two adolescents who have been close friends and playmates since infancy. On their summer holiday in the shared house rented by their parents every summer on the Normandy coast,  there is ample opportunity for the inevitable unsettling change in their relationship mixed with the general tensions and confusion of moving from childhood to becoming an adult. The appearance on the scene of the sensual, predatory thirty-something Mme Dalleray serves to bring matters to a head.

The story is perhaps unusual for a female author in adopting for the most part the viewpoint of Phil. Insofar as I  can judge, it provides a convincing portrayal of a sixteen-year-old boy – obsessed with the female body, worrying about his future studies, frustrated by the unimaginably long time he must endure before he can reach twenty-five and be considered fully a man. We know less about Vinca’s inner thoughts. Mostly still a tomboy, she can switch rapidly to wearing a pretty dress and flirting demurely with a male visitor who admires her. Capable of strong emotional outbursts, she seems generally more self-controlled, and mature in her reasoning but also more passive than Phil, playing mother to her little sister,  prepared to stay at home and help her own ailing mother until she gets married. In this attitude, she is the natural product of the 1920s when the book was written.

Apart from the fact that it is quite well-constructed, what sets this story apart is the vivid evocation  of the shoreline and changing weather along the Normandy coast. Colette’s style is quite poetical, so difficult to translate well, but the meaning is striking and clear. The same goes for the minute description of complex chains of thought and  shifts in emotions. There are also moments of humour mixed with irony, as when Phil brings Mme Dalleray  the gift of a bunch of thistles, of a blue the colour of Vinca’s eyes. I was amused by the way Phil and Vinca viewed their parents as aimiable, unreal “shadows” (les Ombres),  to be pitied for never having been in love, and in Phil’s case finding it hard even to focus on what his father was saying.

Perhaps because the scenario is dated, the examination of Vinca-and-Phil’s love sometimes becomes overblown and cloying, verging on Mills and Boon. There is an element of chauvinism as in Phil’s sense of his right to sexual adventures,  while expecting Vinca to be “pure”, together with a kind of reverse sexism in the idea that women, whilst appearing to be dominated, may in fact manipulate men, or take the lead in the case of an older woman initiating a boy.

When first published as a novel in 1923, and later distributed as a film in 1950s America, where it was temporarily banned, this  was widely considered shocking, “immoral and obscene” because it broke taboos in dealing not only with the awakening of physical attraction between adolescents,  but also with sexual acts, although in such oblique and lyrical language that it is unlikely to cause modern readers any offence.  There is the further twist that the plot was “inspired” by Colette’s own affair with her sixteen-year-old step-son, which reduces one’s respect for her as both a person and an author, although it may contribute to the book’s ring of authenticity.