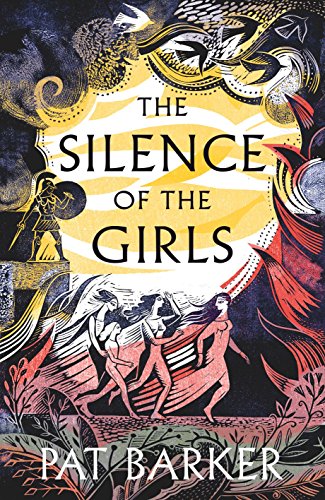 In this retelling of the aftermath of the fateful argument between Achilles and Agamemnon during the Trojan Wars, Pat Barker takes the viewpoint of Briseis, the high-born woman taken captive as part of the booty from the city of Lyrnessus. Having witnessed Achilles actively involved in the brutal killing of her husband and brothers, she suffers the further trauma of being accepted as his “sex slave”. She is scornful of the women who fawn on the men who possess them to wheedle favours, but knows there is a fine line between this and annoying Achilles so that he hands her over to the common soldiers to share, in what she describes as “a rape camp”. When Patroclus, the friend of Achilles with whom Briseis forms an unlikely friendship offers to persuade Achilles to marry her, she observes how it must appear shocking that she can contemplate such a course of action, yet when reduced to slavery one is prepared to consider almost any way of improving one’s lot.

No doubt hardened by her string of First and Second World War novels, Pat Barker does not flinch from describing scenes of great brutality in battle, alternating with the somewhat contradictory and ludicrous rituals to both desecrate and honour and the person one has killed. Yet her main interest is clearly the role of women in the Trojan wars, the stoical acceptance of their lot as they prepare food, wash clothes and care for the sick to keep the camp going.

The tone is often deliberately modern, colloquial, foul-mouthed, I assume in an attempt to draw parallels between people past and present, enabling us to identify better with the former as “real”. I agree with readers who find the attempt to punctuate an ancient legend with modern anachronisms jarring and who are irritated by the sudden switch part-way to the point of view of Achilles, which tends to undermine a distinct focus on the lives of the forgotten and undervalued women. This is not a feminist novel in the sense that women do not rise up in rebellion against their treatment, nor seriously question the constraints under which they have to live. Descriptions of roles in the camp are often quite dull, for that is what they were.

I found myself curiously unengaged by the book, perhaps because too many incidents rely on magic. So we see the capricious gods punishing the camp with a plague of rats since Agamemnon refuses to release his “bed woman” to her priestly father. Achilles is able to shout so loudly from the camp that his war-cry can be heard in Troy, causing strong men quake. Since he is in need of a suit of protective armour, his mother the goddess Thetis rises from the waves to supply him with a perfectly fitting and flexible one. Having slain Hector, he drags the body behind a chariot daily to dishonour it, only to find that the gods have “defied” him by restoring the corpse to its original state.

Although it is very readable and quite imaginative in reworking the “facts” of the Iliad, I am more impressed by Pat Barker’s books on C20 wars, which seem to provide greater scope for creative writing with character development and plot twists. As it is, Achilles seems merely moody and brutish, fated to die shortly as the price of becoming a legendary super killing machine; Patroclus is portrayed as implausibly empathetic and kind, since he massacres the enemy alongside Achilles without any evident qualms, and the nature of the relationship between the two remains blurred. Briseis is parcelled up like a commodity for a decent enough new husband who will protect her, so her feminism is limited to a C21 awareness of brutality and exploitation which she is unlikely to possess. The final chapter is disappointing: a rushed information dump of bloodthirsty violence to round off the tale.